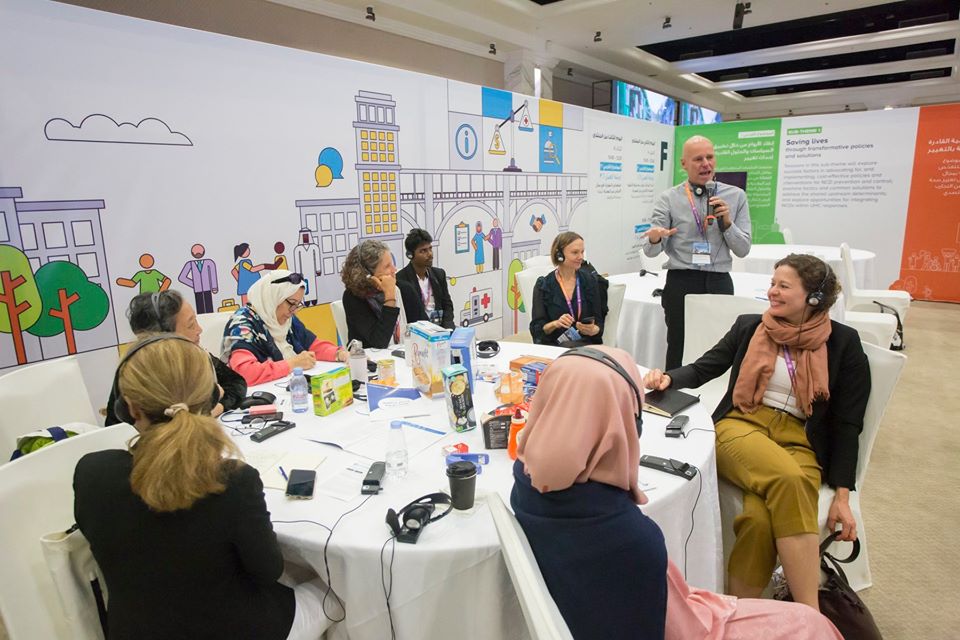 YLDs were given the opportunity to participate in international leadership trainings programmes conducted by International Diabetes Federation [IDF] and the Non Communicable Alliance [NCDA] World Congresses.

YLD Mr Nuwan Chamara was invited by the Global Non Communicable Diseases Alliance [NCDA] Forum 2020 at Sharjah to attend the congress in February 2020. He was selected based on his work carried out with the DASL and NCDAL and participated in the Our Views Our Voices training programme. Aim of this programme is to promote the meaningful involvement of people living with NCDs in the NCD response in member countries. Nuwan was sponsored by both DASL and NCDA.

YLD Mr Vikasith was invited by the IDF to represent Sri Lanka as a participant at the YLD leadership traininig programme in Busan South Korea. This was held as a satellite forum from 2nd to 7th December 2019 at the IDF World Congress. DASL and IDF sponsored his travel and stay in Busan. 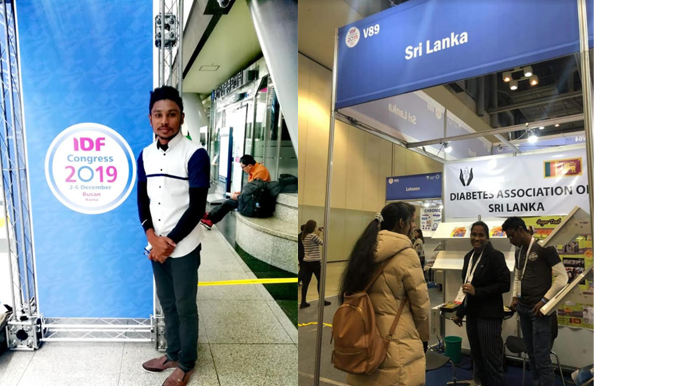 “Our Views Our Voices” – Train the Trainer workshop- 2019 – Geneva, Switzerland

Global NCD Alliance selected YLD Mr Jude Dinuka Anthony and Mrs Chitrika de Mel from NCD Alliance Lanka to initially train them for the Train the Trainer program “Our Views Our Voices”. A volunteer from the NCDAL Ms Demitrius Thamilini Joseph was also trained to co-ordinate the program in each country.

The focus of OVOV is to train PLWNCDs to express their views and voices to be advocates and spokespersons to policy makers by sharing their lived experience. Further it is envisaged that several training programs will conducted in the city and in other provinces to build confidence and empower PLWNCDs to counter stigma and discrimination at home, schools and workplaces.

Diabetes Society of Maldives selected and invited 2 YLDs Mr Vikasith and Mr Gihan to represent DASL in a 5 day leadership training program in December 2018. The training received was share with other YLDs at a Day camp held soon after.

YLD Mr Dillon Perumal was invited by IDF to attend the YLD program in Abu Dhabi, UAE, at the IDF World Diabetes Congress in December 2017. The leadership training received was greatly appreciated and shared with the other YLD during a Day camp.

2 YLDs Mr Jude Anthony and Ms Nilakshi Tillakeratne represented DASL at the IDF YLD programme held in November 2015 in Vancouver Canada in conjunction with the IDF World Diabetes Congress. The leadership training received was an unforgettable experience for these two YLDs in snow covered Vancouver.